END_OF_DOCUMENT_TOKEN_TO_BE_REPLACED

Her basic premise is that the human brain hates change. She asserts that change is scary and that counting down from five helps short-circuit the brain before it can think about the fear.

So let me ask you some questions about how scary change is. Rate these things from zero to ten on the scariness factor:

Oh, those things are horrible, aren’t they? They are things anyone would surely turn away from in fear. They’re terrifying!

Each of these things is a change that anyone would enthusiastically welcome into their lives. Why? Because they’re pleasant.

Here are the things that people are actually afraid of:

The Power of Focus in Your Life

The thing that dictates whether we take action or stall is not a silly countdown trick, but rather, your “state.”

Your state is a combination of your mental mood and your physiology. It’s literally how you feel at any given moment.

Your state is highly influenced by the pictures, sounds, and feelings that you create in your mind. If you are making negative pictures, sounds, and feelings about a task in your mind, your state will become negative and things will seem harder and bigger than they actually are. We instinctively like to move away from pain and discomfort, so we procrastinate to avoid these negative feelings.

When you make positive pictures, sounds, and feelings, you create a peak, positive state and things will seem easier and more achievable. By associating to the pleasure of the outcome, rather than the pain or discomfort of the action, we move toward pleasure and closure.

So that means, if you’re having a hard time doing any task, it’s because you’re associating pain and discomfort with that task.

You Have the Choice

Most people today, unfortunately, project negativity in their future.

If we have a test coming up, we tend to say, “I might fail.”

If we have an unfavorable position at work, we say, “I might get fired if I speak up,” or, “I might not be able to get a job elsewhere.”

If we're unhappy with our relationship, we say, “I don’t want them to leave me if I ask for more.”

If we're unhappy with our physical shape, we say, “I might hate it or get sore if I go to the gym.” or "It's just too much work."

If we’re single and our friends want to take us out, we say, “Maybe no one will be interested in me,” or “I probably won’t like anyone I meet.”

I often say to attendees of my live events and my coaching clients, “You are at cause for what you think.” When you think of things in the future, if you tend to think of something that makes you fearful, doubtful or sad, then the first thing I want you to realize is that you have control over those thoughts.

Yes, I know they seem “automatic.” But in actuality, they are just habitual. They are thoughts that you’ve thought for so long, they just happen to be the first ones you go to by habit. That doesn’t mean they’re automatic. You can change them.

Just by changing your focus to a positive outcome, you change the way you feel about that task. This changes your state, which will change your behavior and which will practically guarantee you a more positive result.

“But,” people often ask me, “the future hasn’t happened yet! Aren’t I just kidding myself if I think everything will go positively?”

To which I reply, “The future hasn’t happened yet. Aren’t you just kidding yourself if you think everything will go negatively?”

The fact is, we don’t know what will happen in the future. If you have a choice to project negativity or positivity into everything you do, choose positivity. Every time.

This doesn’t mean to ignore “negative” things in your life. Instead, acknowledge the possibility of that negative thing happening, decide what you want instead (the positive thing), then focus on creating that positive outcome instead of the negative one.

Get my eBook and learn how to run your mind so your mind no longer runs you for free! 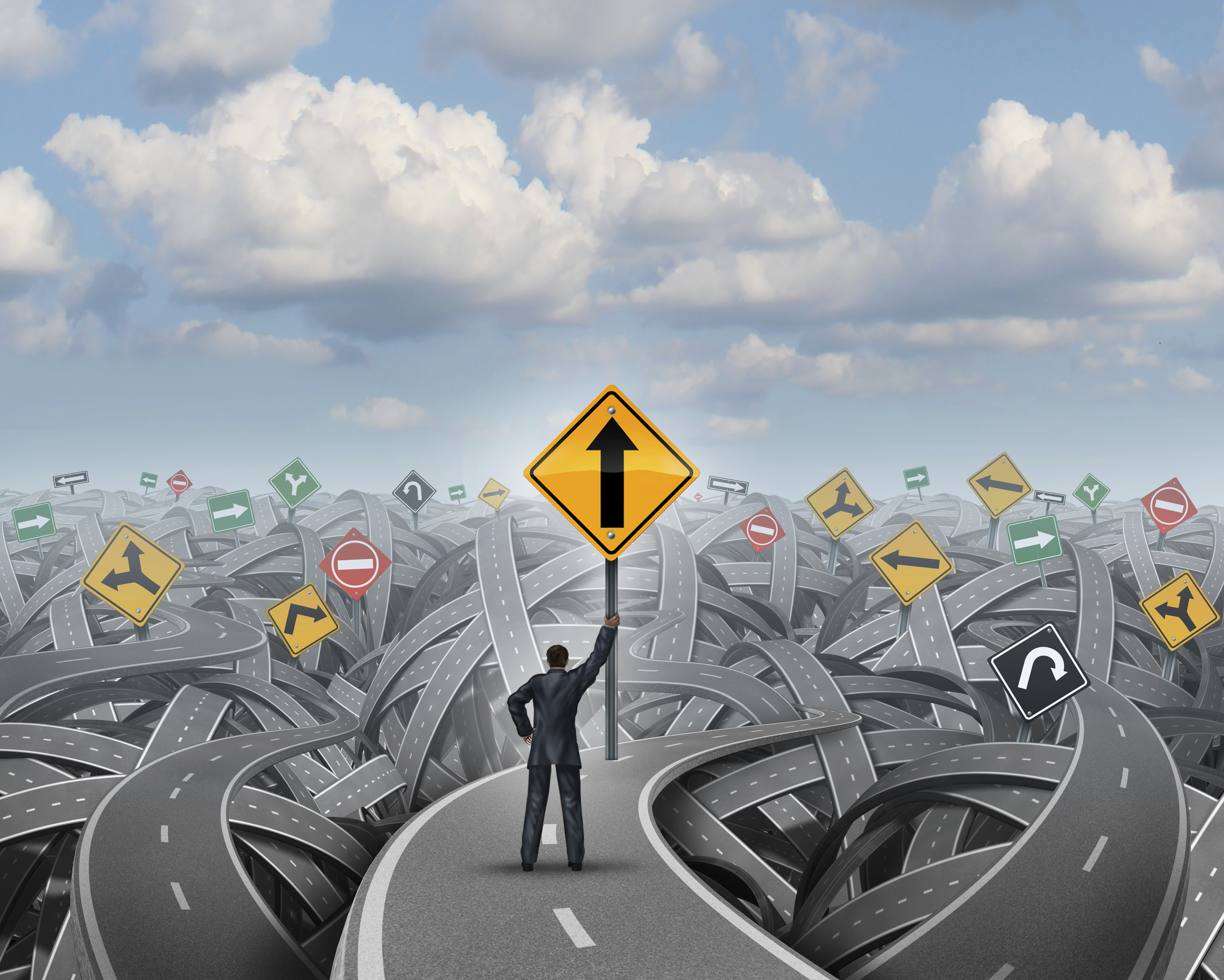 The second major issue that causes people to procrastinate is overwhelm.

As I describe in my book, Mind Hacks for Success: How to Run Your Mind So Your Mind No Longer Runs You, the primary cause for overwhelm is being “chunked” too big.

When we look at any situation, we can look at it one of two ways: big picture, or details.

When we think big picture, we are looking at the entire situation in big chunks. This is useful for getting an overview of the situation, for determining general direction or vision, and for summarizing what needs to be done. But it is not useful for taking action.

Staying at too big of a chunk level can overwhelm and freeze you. Think about it… When someone is overwhelmed, you ask, “What are you overwhelmed about?” The answer is always, “Everything!”

So the solution to overwhelm is to “chunk down” and move to a more detailed level. Ask yourself, “what’s the first thing that I need to do to move forward?” Get down in detail to such a level that the first step becomes achievable and almost trivial.

Several years ago, I did this with a business coaching client who was unhappy with his current career and had been dreaming of starting a fashion line for 20 years. When I asked him what he had done in 20 years to take action on the dream, he admitted that the only action he had taken was sketching designs in notebooks since he was 16 years old.

We began the process of chunking down the monumental task of starting a fashion line by setting his 12-month goal and breaking it down into individual tasks. We broke it down into such detail that he knew exactly what to do as his first step, and the almost trivial step was something he couldn’t fail at which would only take him 15 minutes.

When I turned the plan around toward him and said, “What do you think,” his face flushed, he paused for a second, and he said, “When it’s laid out like this, I couldn’t not do it.” Fast-forward one year and he had smashed all the goals we set in that session and became one of the hottest fashion brands in the industry, creating the look for people like P Diddy, 50 Cent and others in the hip hop space.

All that after 20 years of being too afraid to take action.

Do you think his brain hates the change he has gotten as a result? Hardly.

Give Yourself More than Five Seconds

The advice to just “count to five and take action” is, in my belief, dangerous.

While planning too much can also cause analysis paralysis, taking action with no plan or when you are confused, “just because you got to zero,” is reckless.

Your mind is the most powerful “supercomputer” in the universe. Short-circuiting or tricking it is usually not in your best interest.

My life has changed a lot since I was an awkward, shy, unconfident 19-year-old kid, when not knowing how to use my mind put me on the streets.The study of my mind and my learning of Neuro-Linguistic Programming is what took me from being homeless to the highly-successful speaker, author, coach, husband and more that I am today. I have achieved everything I’ve dared to dream and keep dreaming of new highs to achieve in my life, which I know I will achieve.

I wrote this article because I genuinely want the same for you in your life, and I hope it has made that impact.

Get my eBook and learn how to run your mind so your mind no longer runs you for free!